I attached the root fairing attach angles to the right side of the fuselage today and it went a lot better than yesterday. I corrected the dimpling on the upper rear angle and did not install the front nut plate on the upper front angle. As a result, all the riveting went much smoother. 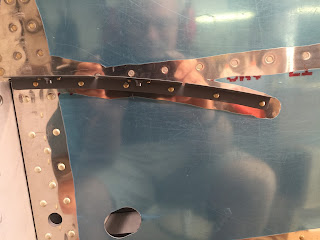 Here I've attached the nut plate after riveting to the side skin. 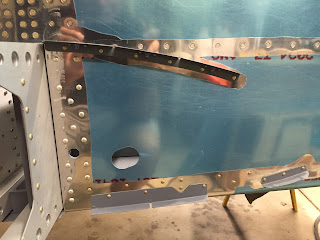 It was tough to rivet the forward rivet of the nut plate at the front of the upper rear angle. 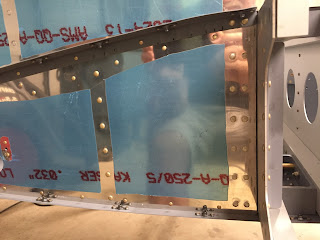 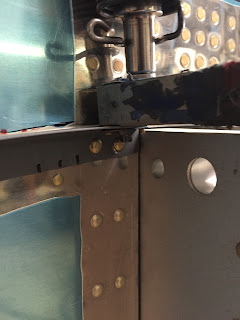 The two CCR264SS-3-2 rivets in the upper corners of the flap block cutout seem somewhat flimsy and were hard to set flush using my pull rivet tool. 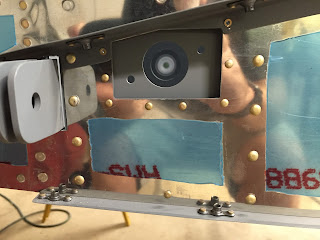 The rear two rivets on the upper angle are flush rivets. It really helped today that I had dimpled the angle in the correct direction before attaching it to the fuselage. 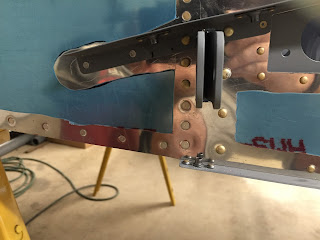