I continued working on riveting the fuselage side skins to the structural frames. I riveted most of the rivets to the rear of the spars on the left side. 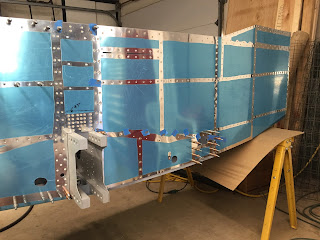 I ended up with smilies on several of the round head rivets next to the sub spars which I drilled out and re riveted more carefully.  I had to use the long bent stick in the rivet gun to reach the rivets next to the spars and found it hard to control single handed while holding the bucking bar on the inside of the fuselage with my other hand. 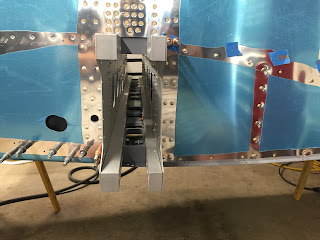 It was a tight fit reaching in with the bucking bar because of the seat ribs. 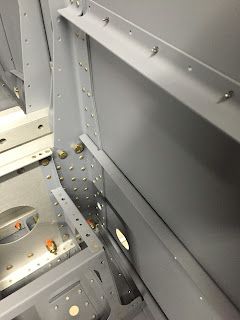