After finishing up the installation of the control column assembly, I noticed that it didn't rotate very freely :-( I reshimmed it a couple times but was never able to get it to free up. After reading several threads on Van's Airforce about control rigging I determined that something was wrong. You want the control column to rotate with little or no friction- which was definitely not what I was experiencing.

I unbolted the assembly and pulled it out and then checked the bearings. The left bearing was very stiff and did not move freely. I tried using some Tri-Flo on it to free it up with no luck. 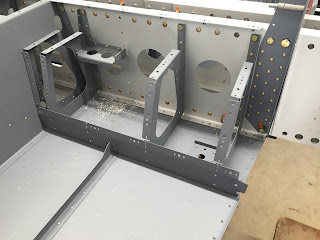 Extracting the bearing from the bearing assembly didn't free it up. The bearing is obviously not right and must be replaced. 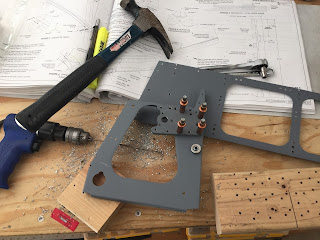 I ordered a replacement bearing from Van's and should get it later in the week.
Posted by Smash at 9:19 AM