The adjustable set holder in my squeezer got bent somewhere in the last 5,000 rivets or maybe I screwed it too tight for dimpling operations. Anyway, I ordered a replacement from PlaneTools.com It arrived a couple days ago and I installed it in the squeezer today. 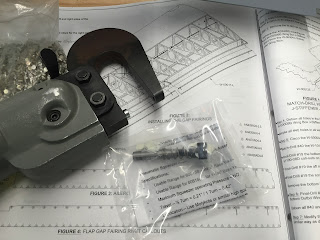 I riveted on the aileron and flap gap seals today. Midway out on the wing, the plans call out 2 AD3-4 length rivets where the skins overlap. I though they were too long. The AD3-3.5 length was perfect so that's what I used. The way the skins are cut, they don't actually overlap at the rear spar. 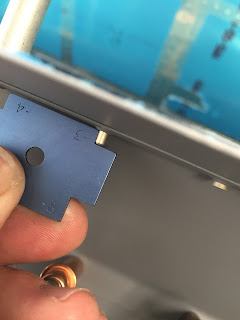 I was able to squeeze all of the rivets on both sides of the gap seals. The quality of the rivets with the new adjustable set holder was very good. It was much easier to get square heads when the set holder is true. 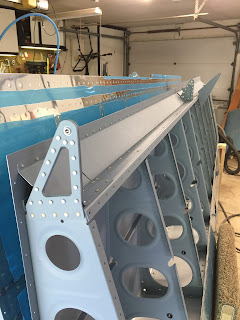 The plans are not entirely clear about the orientation of the stiffener at the end of the flap gap seal. I placed them with the angle flange inside so the nut plate in the skin is visible. (Sorry for the shadowy picture). 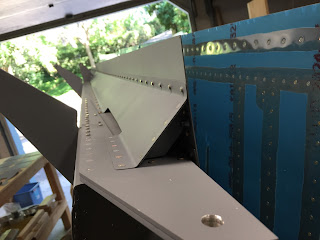 After I got the gap seals in place, I installed the ailerons using the hardware called out in the plans. It's a little difficult installing the washers so I cut a semi circle into the edge of a thin stick that I placed the washer in and then slid the stick between the mating pieces to align the washer with the bolt hole. 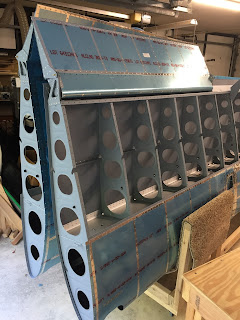