I bolted the canopy cradle assemblies in place. 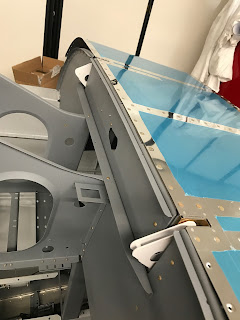 Then I attached the shock struts to the cradle arms. 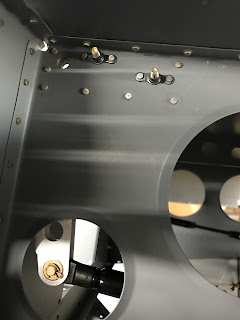 Then I installed and bolted up the canopy release mechanism. 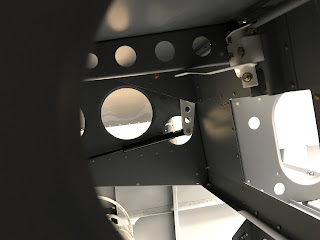 When the release mechanism is in full closed position, the pin doesn't quite span the opening between the sides of the cradle arm. When the mechanism is moved the other direction, the pin drops out of the hole. It doesn't seem like it will take much to release the canopy... 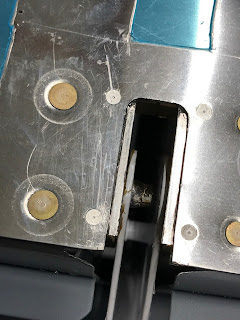 After that I mixed up some more ProSeal and riveted the right side of the upper skin to the structure. It took several hours to set the rivets because it was so difficult to reach them with the bucking bar. I decided to leave the left side riveting until I can get a helper. There's no access hole in the bulkhead on the right side and my arms are not long enough.

Since I had the rudder cable links painted I installed them. 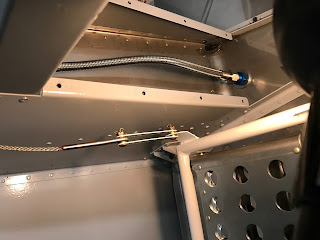 I finished up the day pulling the rivets for the freshly primed rod end and elevator push rod tube. 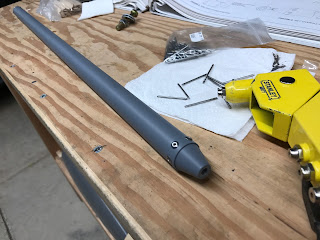