I inserted the bearings in the ends of the push rods and set the lengths as specified in the manual. I found it was easiest to draw dimensions on the work table and lay the push rods over the drawing to make the length adjustments. 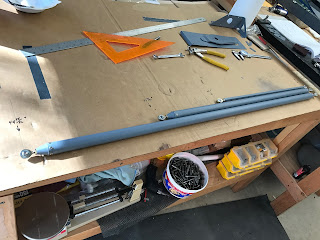 An easy riveting job for a change- here's the bell crank assembly. 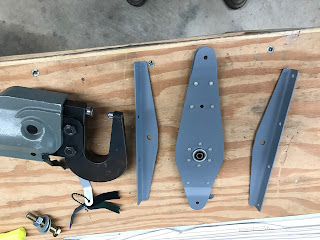 The bell crank is attached to the base using screws and nut plates. Should make it easy for maintenance later on. 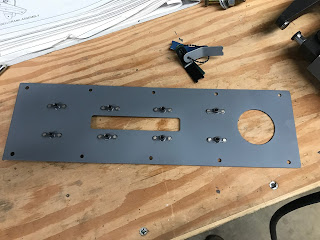 I inserted the forward elevator push rod - you have to start it back in the tail cone and work it forward through the tunnel until it reaches the control column in front of the seats. Then I inserted the bearing end of the push rod in the control column elevator arm and pushed the bolt and washers in place. At that point I discovered I could not tighten the nut because it was impossible to reach with the socket wrench. I tried getting at it from several access points but my hands and the wrench were just too big. I went to lunch break to think it over...

At lunch I remembered I had various extensions that I could add to the wrench to reach difficult nuts and bolts. Here's the solution I came up with. I used two extensions and several end adaptors. 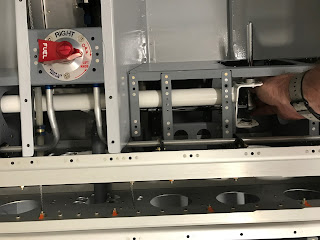 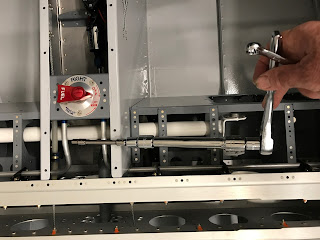 Here's the push rod bearing bolted to the elevator arm! 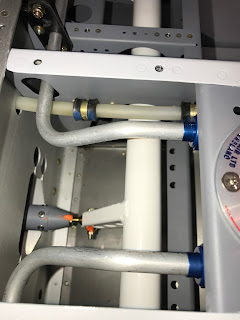 Then I assembled the mid elevator push rod and bell crank assembly and inserted it in the tail cone. 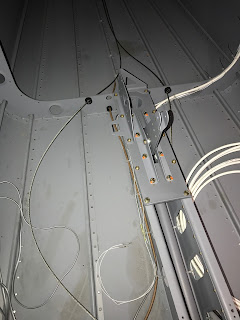 Then I bolted the forward and mid push rods to the idler arm under the baggage floor. 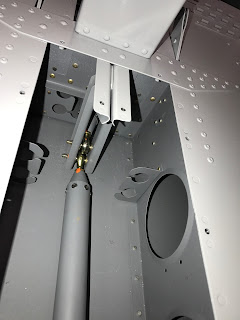 Here's the forward push rod running from the control column back to the idler arm. 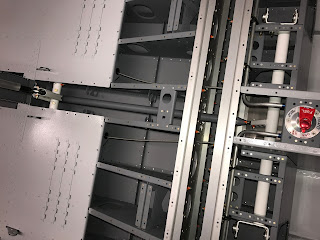 And here's the mid push rod running from the idler arm back to the bell crank assembly in the tail cone. 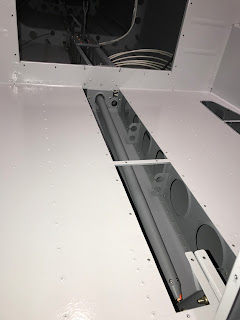 The push rods move very smoothly with little or no friction or play and do not rub on any of the structure. This is going to be a really nice control system! I think Van's has done an amazing job with the engineering design. It feels as smooth as the systems in the Germain high performance gliders I've flown.
Posted by Smash at 9:40 PM