The first task today was assembling the flap hinge braces. Each pair of braces is double flush riveted. I initially tried back riveting, but I ran into problems because it was hard to position the hinge brace on the back rivet plate without marring the joggle bend. I switched to using the squeezer and the results were much better. 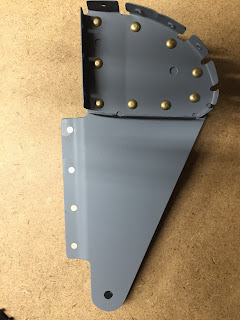 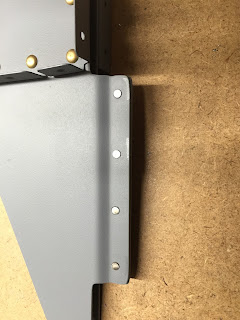 I assembled the spars and ribs for the left and right flaps. I initially thought riveting today would be an easy job- it looked like all the rivets could be squeezed. I started out by clecoing all the parts together to make sure I had everything in the right place for both flaps. I had to pay special attention to the aft ribs- they can easily be inserted upside down since they are nearly symmetrical. 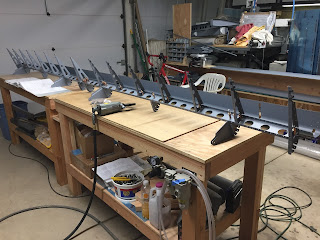 The manual advises you leave off the end rib to facilitate using the squeezer. I discovered there were more interferences for the squeezer than just the end rib. After puzzling over assembly order, I settled on squeezing the nose ribs on first. I removed several of the aft ribs so I could easily reach the nose ribs. Since the ribs are thinner than the spar, I placed the manufactured heads on the rib side. I used a standard yoke on the squeezer and was able to reach all the rivets for all the nose ribs. 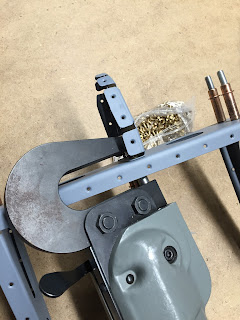 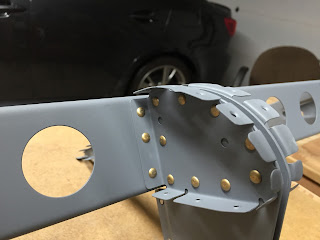 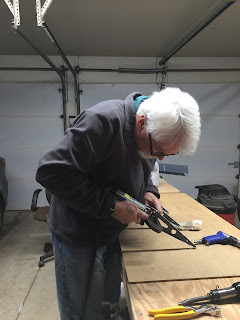 Then I riveted the aft ribs. I again placed the manufactured heads on the rib side which meant I had to switch to my 2.5" flange nose yoke for the squeezer to reach around the spar flange. I wasn't able to squeeze the two inboard ribs or the last outboard rib. 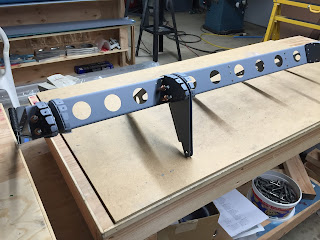 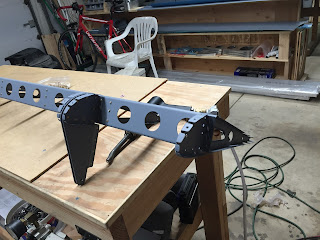 Because of the way the rib flanges overhang, I had to use the bent stick set in the rivet gun to reach the rivets for the problem ribs. I bumped the air pressure up to 60 psi and used the tungsten bucking bar with good results. I didn't have to drill out any rivets today. Whoo-hoo!!! 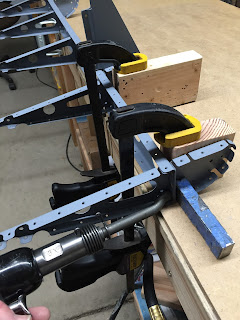 I clamped a couple blocks to support the spar during riveting. 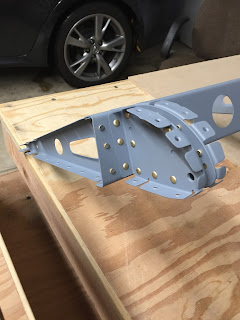 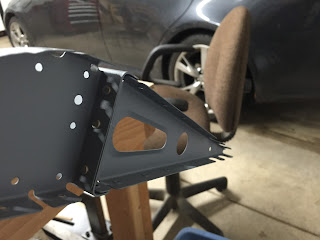 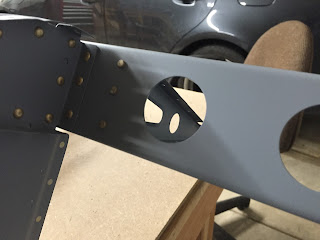 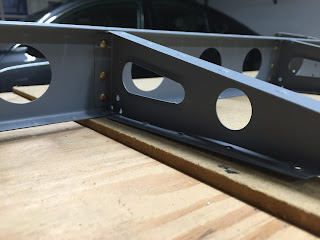 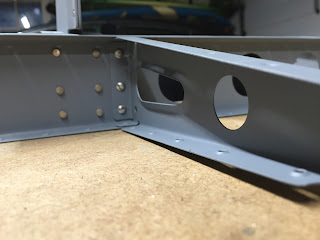 Next I stripped the blue plastic from the rivet lines of the nose, top and bottom skins. Then I slipped the nose skin on the flap frame and clecoed it. I finished up for the day by clecoing the top skin onto the frame to prepare for riveting tomorrow. I checked for twist in the D box - the digital inclinometer is showing less than 1/10 a degree difference between the inboard and outboard flap brackets- so far so good! 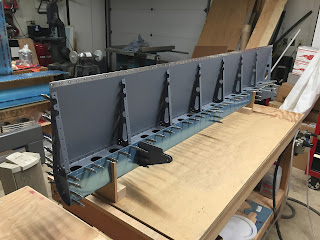 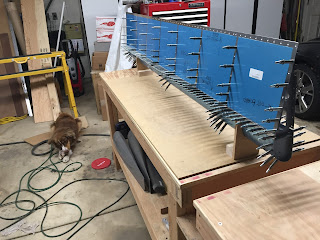