I started work on the wings by finishing the edges of the flap hinge brackets. They were sitting there and the edges were just begging to be polished. This is totally out of order with the manual but I did it anyway. 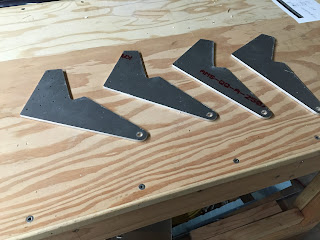 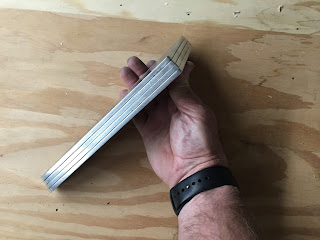 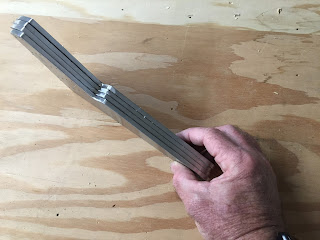 That got me to thinking about what order I wanted to build the wings in. It was really a hassle building the tail cone because it took up so much room. I know the wings eventually will also have a large space requirement. I decided that I will complete as many of the smaller components of the wing as I can before I start work on the spars. Also, while the weather is still good, I'm going to try to get as many parts prepped and primed as I can. Then later this winter I can stay in the warm dry garage and work on assembling parts. My plan of attack is to complete the ailerons, flaps and leading edges and fuel tanks first. I can store them out of the way and then have more space for working on the spars and center portions of the wings.

I started prepping the aileron parts. There are 32 ribs/stiffeners that have to be cut and formed from channel provided in the kit. I put together a cutting jig to make the diagonal cuts easy using my band saw. Of course the first stiffener slipped in the jig the first time I used it so I had to fabricate another one from the trim sheet scrap left over from the empennage kit. After that it went fairly quickly. 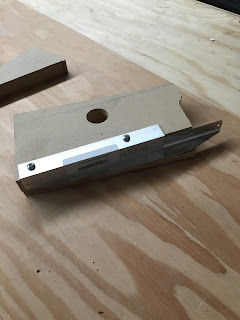 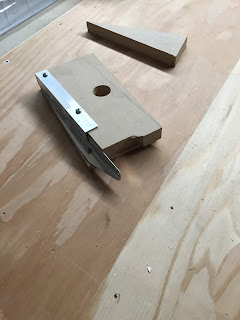 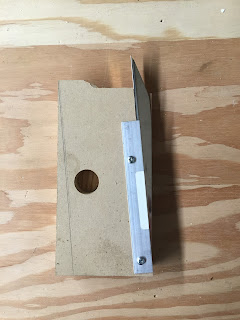 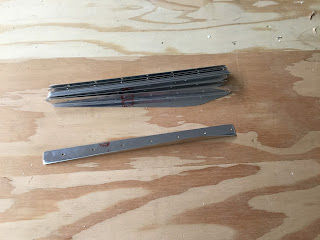 My shop helper graduated from Puppy Training II class tonight! I'm going to have to get one of those bumper stickers that says "My Aussie is smarter than your honor student" 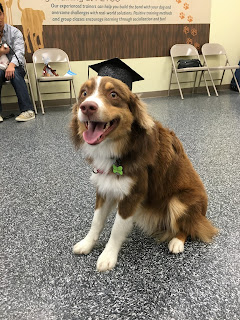