I installed the fuselage fuel distribution system today. I was able to accomplish a lot today because the pre-bent fuel tubing that I purchased from Aircraft Specialty dropped in and fit perfectly! Highly recommended.

You have to pull the inlet elbows off of the fuel selector valve and reinsert them oriented forwards. They are held in by a rubber o-ring so you have to tug on them fairly hard and then they snap out. After you orient the elbows, you insert screws and then strike the screw heads with a punch to keep them secured. 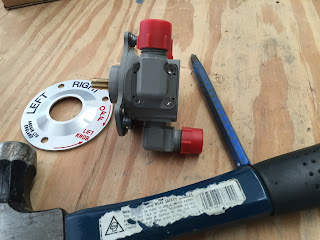 Next you countersink the faceplate to fit the mounting screws. The countersink cage would not fit over the raised center portion of the plate so I had to remove it and very carefully plunge the countersink manually. After doing the 1st hole I was able to set the drill press stop and the other 2 holes went quickly. 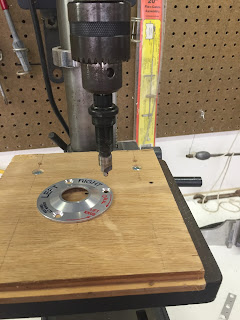 Here I've installed the fuel filter and fuel pump. The brackets for holding the fuel pump were just slightly too close together for the screws to fit the hole pattern in the fuel pump base. I had to adjust the bracket angles to open up the distance between them. In hind sight, I should have checked that the mounting bracket flanges were fully formed to 90 degrees before riveting them to the tunnel, then it probably would have fit perfect. 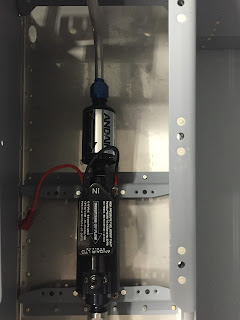 I mounted the valve and then inserted the tubing runs out to the fuselage sides. The tubing lengths were perfect and just dropped in place. After screwing the end couplers on I screwed on the outer halves of the tubing support brackets. That was a fiddly job because it was hard to fit the wrench and screw driver on the lower screws. 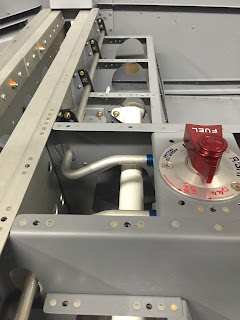 I had to use a crow's foot wrench to reach the tubing fitting nuts at the side wall 90 degree fitting. The crow's foot was initially a little too wide to fit so I ground it down some. This fitting would be a lot easier to tighten if the rib next to it had a larger lightening hole... 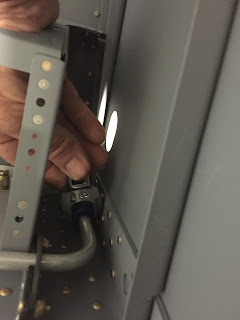 Here's a set of crow's feet I purchased at Harbor Freight for occasions like today. 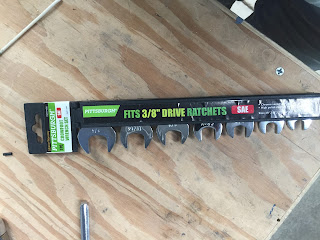 I like that the tubing from the fuel pump to the fire wall is flex hose. It was easy to install and should absorb vibration or worse in the case of a bad landing. 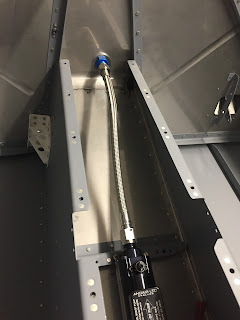 Here's the finished plumbing in place on the fuselage floor. 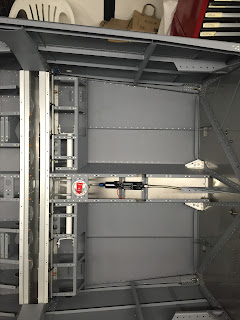