Step 1: Mark location of holes on the piano hinge. I scribed the hole locations into the hinge and then used a black marker to put a dot on the end holes so they would be visible through the fiberglass. I really only needed to mark the starting holes at each end, because I used a rivet fan to drill all the rest of the holes. 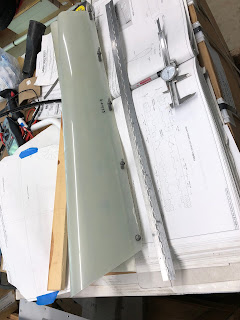 Step 2: Insert piano hinge such that end holes are evenly spaced from ends of the fairing which coincidentally left a full hinge loop at one end. Then I used cleco clamps to hold the hinge in place and drilled holes at the starting holes for each end being careful not to drill into the opposite side. Then I used the rivet fan to drill and the remaining holes, starting from one end working to the opposite end. I inserted clecos as I went and used light pressure on the drill so the piano hinge would not push away from the fairing. Then I counter sank all the holes for the rivet head. 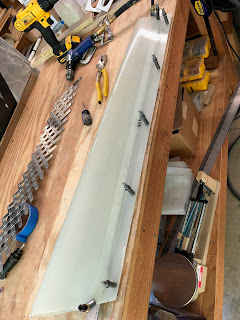 Step 3:  I inserted a spacer board to hold the back of the fairing open and then riveted the hinge on using the pneumatic squeezer. 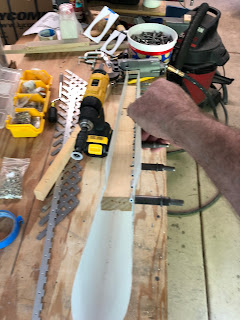 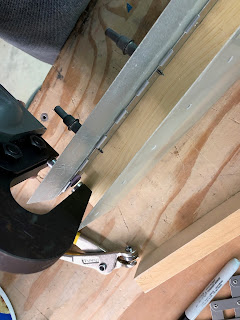 After I finished the first fairing I noticed that the ends of the fairing were not being pulled together very well. I slightly adjusted the hinge position in the 2nd fairing a little further away from the trailing edge so that it would pull the fairing edges together with a little more force. That worked, but it also made it more difficult to insert the hinge pin. I used Boelube and eventually worked the pins into both fairings, but this is going to be a difficult task. Hopefully I will not have to remove/install the gear leg fairings very often... 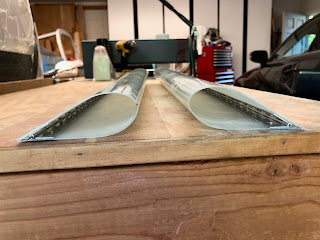 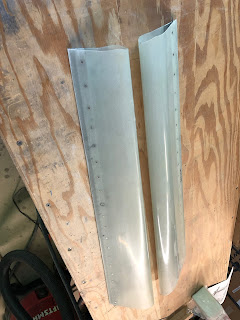 My E-Mag Electronic Ignition P model 114 magneto package arrived today. My IO-390 came from Lycoming with 2 Slick magnetos, but I have decided to go all electronic ignition. I ordered direct from E-Mag and they put together a kit for my IO-390 that included 2 model 114 magnetos, 2 wiring harnesses, 2 sets of spark plug adapters for auto spark plugs and 2 accessory kits (manifold tubing, serial port plug, wire). They also included 2 shorter studs and a timing gear to replace the studs and timing gear that come with the Slick that was set up with a recoil starting spring. I was going to order from Spruce Aircraft Supply, but the timing gear is really expensive and if you order from E-Mag direct it is a little cheaper because they get a deal from Lycoming.

Also included in the box was a package of gourmet popcorn. I'm not sure how to apply that to the mags- I guess I'll have to read the installation manual ;-) 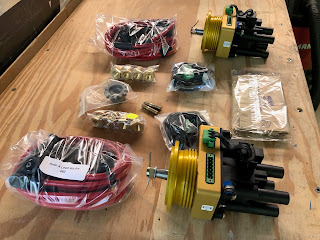 Email ThisBlogThis!Share to TwitterShare to FacebookShare to Pinterest
Labels: fuselage, Section 46B