I received notice that my best friend Richard Bristow and his wife were killed today. They had just taken off from Petaluma in his RV6 when the engine stopped. The plane stalled and dove into the ground when it was turned back to land, killing them both. I have flown hundreds of hours with Richard for many years and made many cross country trips to Oshkosh with him. He was a knowledgable and experienced pilot. It is just impossible to understand why he tried the impossible turn. I will miss them both more than words can describe...

I first met Richard through the Mooney Caravan. We were both from the Sacramento area and met up before I flew to my first Oshkosh in 2003. After that we would frequently fly our Moonies to various burger spots around NorCal.

In 2005, Richard arranged for us to attend the Beechboys formation training clinic in Stockton. After the clinic, we started meeting up Thurs. afternoons to practice 2 ship. We called it Thursday supper club. We gradually improved our formation skills and then worked on convincing the Mooney Caravan group to transition from gaggle to formation. It was a slow process, but by 2012 the Mooney group fully transitioned to formation arrival. In the mean time, Richard and I flew 100's of hours in formation around NorCal and back and forth to Oshkosh every year. 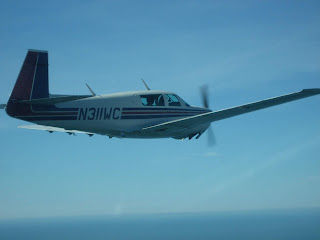 Richard sold the Mooney and purchased an RV6 in 2012 and soon after started prodding me to pursue my dream of building an RV. He was there when I placed my order at Oshkosh 2013. 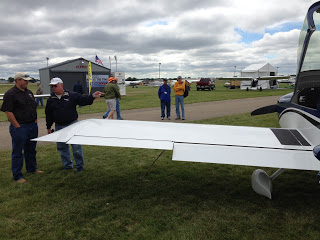 Richard pointing at me and telling the Van's rep, "I told Ernie to stop waffling and buy the kit. Where's my commission?"

Richard encouraged me every step of the way in the construction. Every week I would get a call and he would ask how the project was going and if I needed help. He helped buck many rivets. He had a large hanger at the airport and we were going to have only RV's in the hanger when I finished mine. 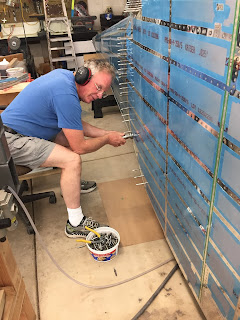 It is hard to imagine continuing the project without Richard's help and encouragement. 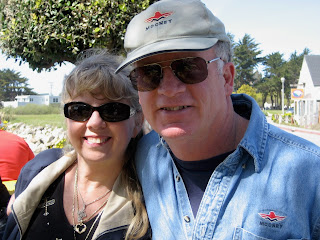 Email ThisBlogThis!Share to TwitterShare to FacebookShare to Pinterest
Labels: helpers