I installed the Garmin autopilot servos today. I found it was easiest to remove the servo bracket from the wing and install the servo on the bench. 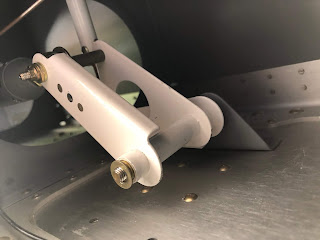 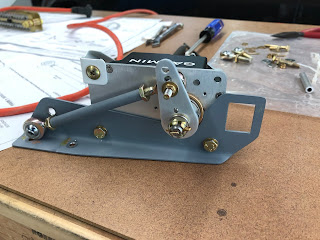 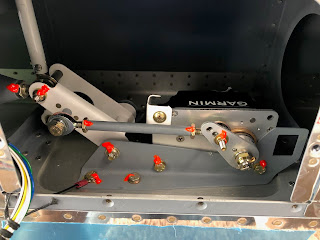 I was going to remove the elevator servo bracket but realized that I would not be able to get several of the screws at the back in place once the servo was mounted. So I mounted the servo in place. 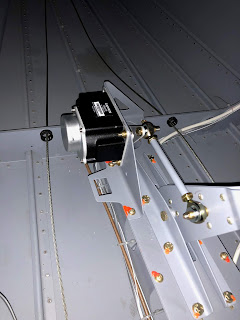 I had to add some washers to space the end bearing a little further away from the crank arm because the jamb nut was rubbing on the crank arm. 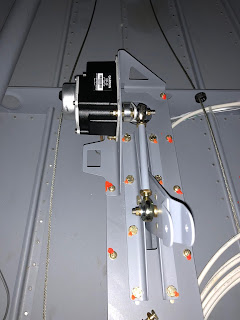