I worked on the aileron actuator today. The belcrank rides on a brass bushing which is captured between 2 brackets that bolt to the main spar. I had installed the belcrank some time ago but not torqued it to final values. Today I measured 15 inch pounds of drag on the lock nut and the specs call for 85 inch pounds of torque combined for 100 inch pounds. When I applied that much torque, the belcrank no longer rotated freely. I spent much of the day adjusting, pulling the belcrank and bushing apart and trying to figure out what was wrong. I determined that with that much torque applied, the bushing had deformed on the ends which caused it to bind inside the belcrank tube. I tried to file down the bushing with out any luck. I wish I had a lathe about now...

I'll have to wait for the replacement bushing before completing the other wing. 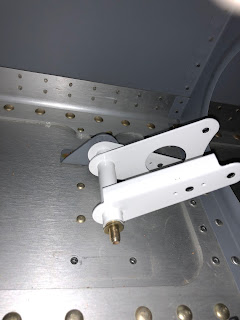 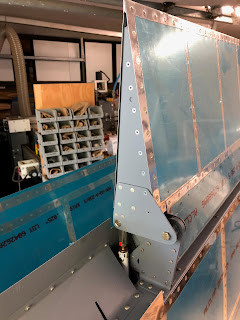 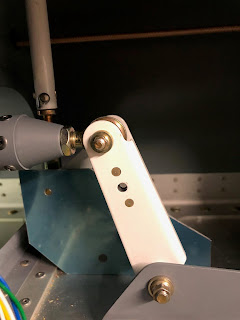