Today I continued back riveting ribs to the rudder skins. 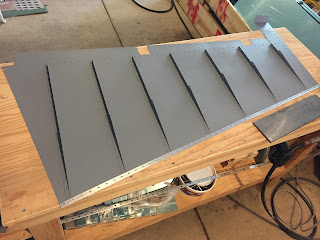 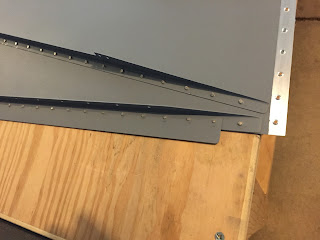 Next I pulled some rivets to add the skin joiners. 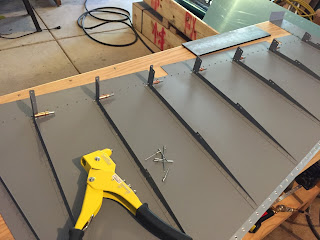 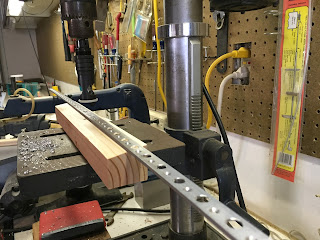 Next I joined the skins with pull rivets. I laid one skin flat on the table and curled the other back so I could reach in to pull the rivets. A little masking tape from the skin to the nearby dimpler worked well. I peeled the backing off the double sided tape on the trailing edge as I went and the skins and trailing edge mated nicely. 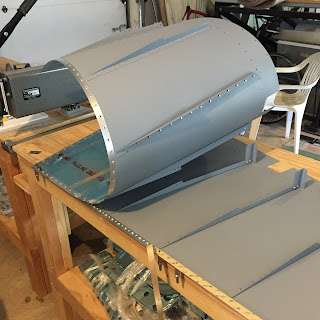 I wanted the trailing edge to come out straight so I manufactured a jig from some 2"x2" aluminum angle that I purchased from the hardware store. I match drilled the jig to the trailing edge holes and bored out a hole large enough for the rivet squeezer every 6th hole. Using this arrangement, I was able to cleco the entire trailing edge and then begin riveting widely spaced rivets to maintain a straight edge. It was somewhat cumbersome because I had to shift the jig for the next set of rivets and then recleco multiple times before I was done, but the trailing edge turned out straight! 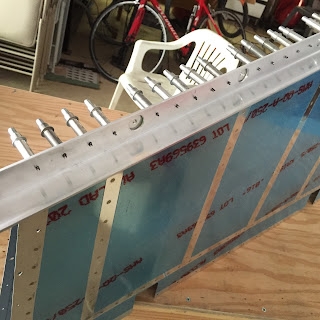 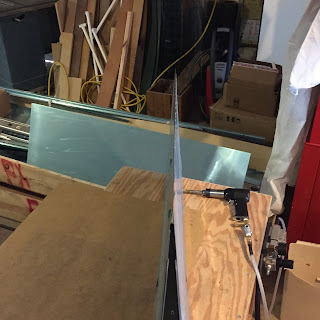 Here's some shots of the assembled skins and rudder spar before closing the leading edge skins. 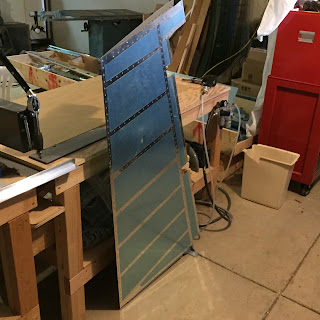 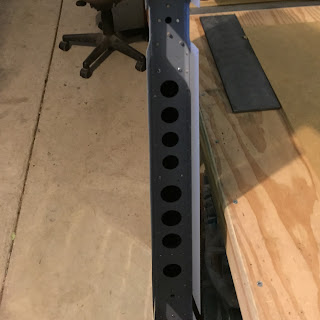