There are going to be many operations come up that require me to level the airplane by lifting the tail to the flying position. When the tail is on the ground it weighs over 100 pounds and is awkward to grab because the tail surfaces are in the way. There used to be a commercially available lifter called TailMate, but it is no longer sold. So I decided to build one. I found a couple articles describing building ones out of wood so I decided to have a go. I used some 2 x 4's I had lying around and purchased some wheels and a ratcheting reel from Harbor Freight. 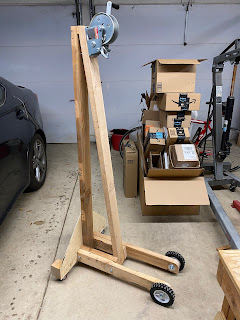 The projects I had seen on the internet used a plywood shoe. I build one, but it was not very sturdy.
The commercial units were welded steel, but I don't know how to weld so I designed an aluminum one using 1.5" x 1.5" aluminum angle and riveted connections. The first version I built just slid on the 2 x 4 and had too much friction when under load. So I redesigned the shoe to use some skate wheel bearings. I purchased a set of 52mm skateboard wheels, some 8mm x 350mm steel rod, a length of 8.1mm id tubing for making spacer bushings and a couple of 98mm fasteners to secure the ends of the rods. The shoe with the skate wheels works great. 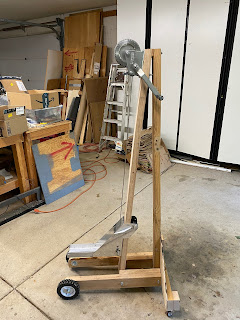 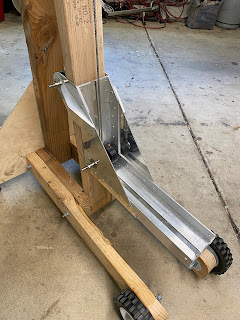 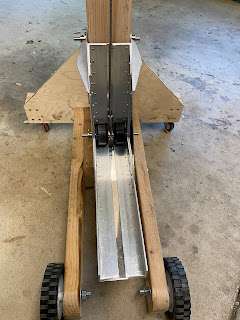 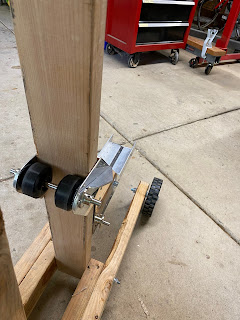